Comparison of Key Methodologies in AGILE 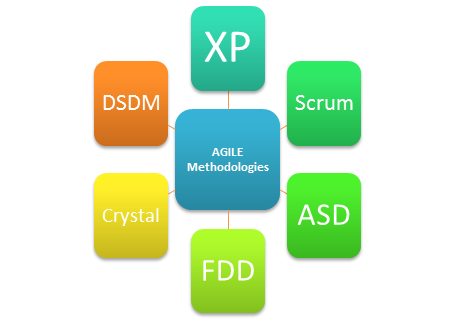 A lot of different methodologies are followed in AGILE. All of them are similar to each other but there are also some differences amongst those. In this article I am trying to highlight you those differences. Let’s look at them one by one. XP, Scrum, ASD, Crystal, DSDM and FDD are the methods compared here –

AGILE advocates to minimize documentation task and invest more time on core development activity, however the degree of documentation differ in different approaches. –

Another significant difference of AGILE with that of traditional methods is that Agile advocates involvement of end user in the software development process. However the involvement of end-users in different formats is different. Eg., –

The size of projects and the teams also differ as you move from one method to another.

The iteration time period also differ in the different methods. Here is how they differ –