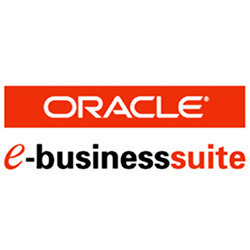 During a penetration test performed by Hacktics’ experts, certain vulnerabilities were identified in the Oracle eBusiness Suite deployment. Further research has identified several vulnerabilities which, combined, can allow an unauthenticated remote user to take over and gain full control over the administrative web user account of the Oracle eBusiness Suite.

Following is a video demonstrating a full step-by-step reproduction of this attack:

Three separate issues have been identified:

It is possible for unauthenticated users to access certain pages with guest privileges (according to Oracle’s security representative this is a standard functionality of this component). While some pages may not be directly accessible as a guest in this manner, this can be bypassed by taking advantage of the session management behavior in the application.

Malicious users can access and manage content of other users, relying on the lack of access control in the page management interface. Attackers can use parameter tampering techniques to directly access the resource identifiers of pages owned by other users, and delete or modify their content.

Certain web interfaces in the user’s menu management interface enable attackers to inject malicious scripts into user-specific content, causing the scripts to be executed in the browser of any user viewing the infected content (Persistent Cross Site Scripting).

By combining all three vulnerabilities, an unauthenticated attacker can initially gain guest access, leverage it to access pages belonging to the administrative user, and inject malicious Java-script into their content, in order to steal session identifiers, which allow taking over the administrative user account.

By accessing certain internal pages directly, attackers can cause the application to grant them guest access and load certain objects into the user’s server side session. At this point, the attacker is able to access other internal components in the application as the guest user, including management services, configuration interfaces and information disclosing components, etc.

When accessing one of these URLs, the system generates an exception and an error is presented to the client. However, as part of the process, the JSP code populates the session object of the user with guest privileges. The attacker can then access other pages in the systems which allow guest operations, such as:

Various page management URLs in the Oracle eBusiness Suite rely on the parameter named p_page_id to determine which page to manage. An attacker can easily access the page of another user, by simply altering that parameter value to a value representing the other’s user page. No authorization checks are performed to verify the authenticity of the user attempting the access.

The injected script will be executed when the user accesses the main URL: http://host:port/pls/[DADName]/OracleMyPage.home
It is important to note that our testing has indicated that different versions have different mitigation levels of this vulnerability, requiring, in some situations, utilizing XSS evasion techniques to overcome certain input validation and sanitation mechanisms:

For earlier versions, injecting a simple