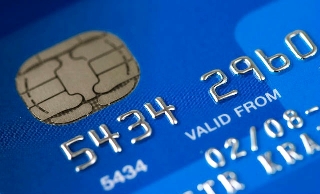 Last Thursday, JP Morgan issued a warning to 465,000 holders of prepaid cash cards that their personal information may have been accessed by hackers who attacked the JP Morgan network in July. JPMorgan detected the breach only two months later, in the middle of September.

At first glance, there was nothing exceptionally interesting about this piece of news. We hear news of such data leaks on a constant basis over the last few years. Behind each of these lies a fundamental failure to protect user data, ignoring basic security best practices. However, this was not the case here. According to the reports provided by JPMorgan, they have actually done everything right. All sensitive user content was encrypted in their database and all standard protection measures were in place. So what went wrong?

The problem originated from one developer who, through a common mistake, allowed this breach to take place. One of the components of the application wrote some of the information it used to a log file, which was later breached. This is of course common development practice as logs allow developers to identify problems in their software. The problem begins when developers are not sufficiently aware to what should and shouldn’t go into log files. It is quite obvious that the developer only meant to provide information needed for future debugging and troubleshooting, but in doing so he caused a serious data breach incurring subsequent costs for his employer.

It is cases like this that emphasize the need of correlating data security and application security. As JPMorgan has properly secured their data, it is also very likely to assume they have spent substantial amount of resources securing the application. However, most application security solutions today focus only on the code, rather than looking at both code and data, and are therefore blind to issues such as in this case. A static code analyzer, unfortunately, would not be unable to identify such an issue, unless manually configured to test for it, manually marking the names of the fields and variables that contain sensitive data. Expecting developers to fine tune their static code analyzers to do so is as unrealistic. If they would’ve thought about it, they would not have caused the breach to begin with.

At Quotium, we believe that data and application security are inseparable. For this reason, one of the most important tests our solution, Seeker®, does, is tracking all sensitive data throughout the application, identifying any potential leakage of such data, whether through a log file, as with the JPMorgan case, through insecure third parties or even by leaking it back to the user. That is why we were not surprised with the JPMorgan incident – we see these kinds of problems every day.

Ofer Maor (@OferMaor) - Quotium's CTO - has over twenty years of experience in information security, and is a pioneer in the application security field. He has been involved in leading research initiatives, has published numerous papers, appears regularly at leading conferences and is considered a leading authority by his peers. He served as the Chairman of OWASP Israel and a member of the OWASP Global Membership Committee.